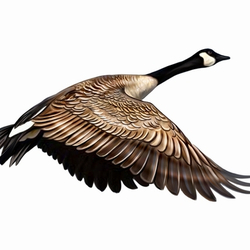 Why do I have Canadian geese

Canadian geese like to remain in open areas, near rivers, ponds, and marshes. They construct nests on small islets, at tree bases, in flower boxes, in pond plants, under shrubs, and on rooftops.

Should I be worried about Canadian geese

Canadian geese can carry and transmit pathogens resulting in serious diseases in humans and pets, including avian influenza, botulism, salmonellosis, duck virus enteritis, and cholera. They are also very noisy, aggressive and can injure humans and pets if they attack.

The geese overgraze on lawns, leave feces on walkways around hospitals, campuses, and public parks, potentially damaging the property. They also cause major agricultural damage by consuming crops, reducing the yield and increasing soil erosion.

It’s worth noting, once a mating pair of Canadian geese have finished building a nest, they will return to the same site every mating season from then on. For this reason, it’s important to take action as soon as possible after realizing you have a problem.

The best way to keep Canadian geese off your commericial property is to consult a professional, licensed pest control service, which will be able to create a long-term deterrence plan, and make sure all methods comply with the Migratory Birds Convention Act.

How to prevent Canadian Geese

Other pests related to Canadian Geese