The Asian Giant Hornet (Murder Hornet) - What You Need To Know

There have been numerous news sources reporting about the appearance of the Asian Giant Hornet (Vespa mandarinia), commonly referred to as “Murder Hornets”. We wanted to quell any fears and educate you on this non-indigenous type of hornet.

What you need to know: 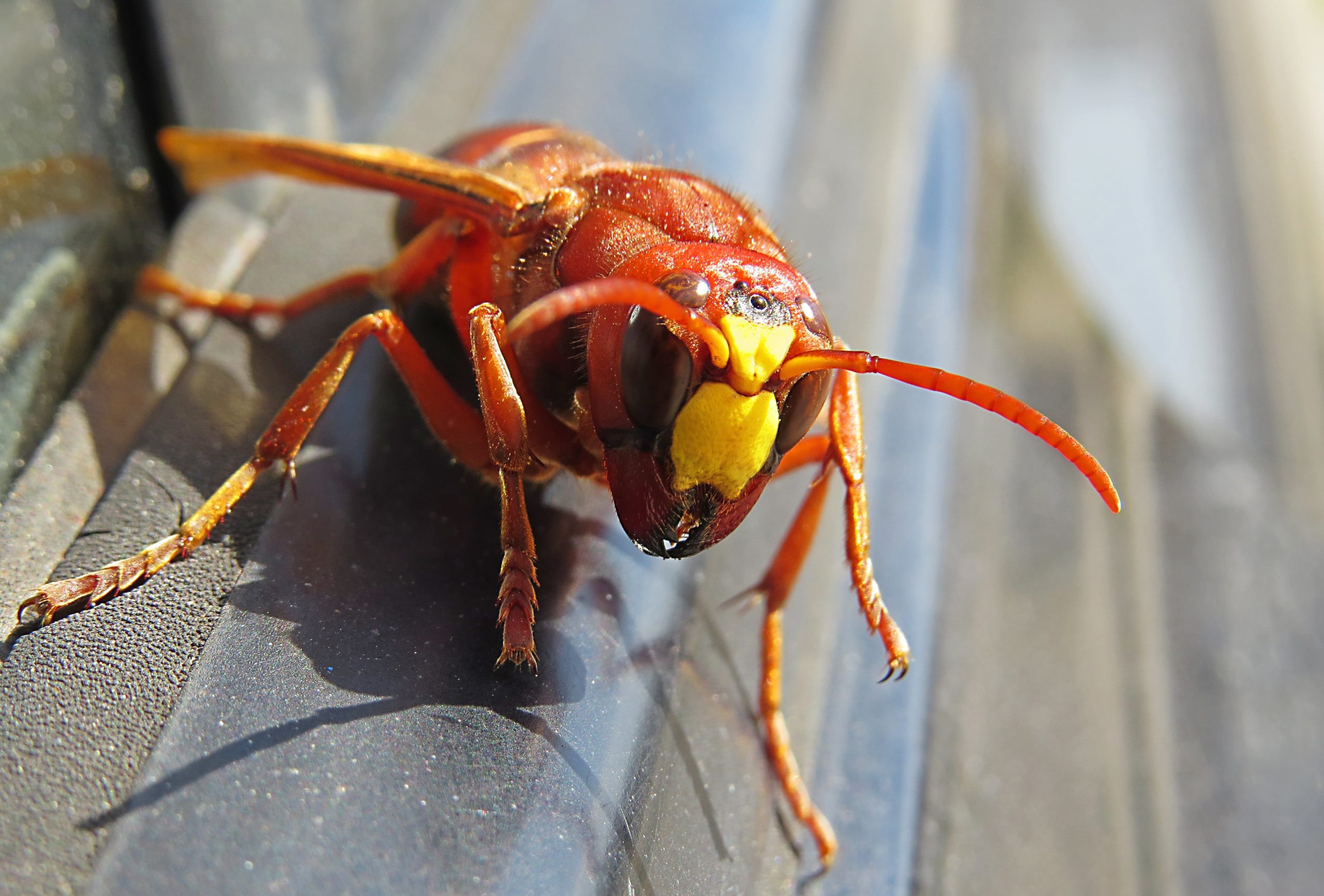 The Asian Giant Hornet is the world’s largest species of hornet, measuring between 3 to 5 centimetres. These hornets are prominently defined by their large yellow and orange heads and a solid black and yellow/orange striped abdomen. The stinger of the Asian giant hornet is about 6 mm (1⁄4 in) long.

Unlike other species of Vespa, V. mandarinia  Asian Giant Hornet prefers to nest underground. With rotten pine roots being a common nesting material for these hornets, however, snake or rodent tunnels that have already been dug up  have also been used to nest.  The depth of these nests are between 6 and 60 centimetres (2.4 and 23.6 in).

Predominantly predatory in nature, feeding on other insects and even other hornets, but its preferred prey is the honeybee.

Is the Asian Giant Hornet present in Canada?

There is no scientific evidence to suggest that these hornets are established and  present in Canada.  As of now, there have only been a few isolated sightings at three locations across British Columbia – Langley, Nanaimo and White Rock.

How did these “Murder Hornets” come to Canada?

These hornets were likely brought into Canada by air or sea cargo from Asia. It is currently unknown whether a queen or worker hornet made its way to Canada. As a result, speculation is that if   fertilized queen hornets were brought in, the likely result will be seen this spring/summer as they start their new colony and thereby establish the species within Canada.

If worker hornets were brought in, they have a very low chance of survival. Just like other hornet species, the workers do not breed and eventually die in the fall. As only fertilized queens survive through the winter to start new colonies in the spring.

Should I be worried ?

Contrary to the name “murder hornet”, the Asian giant hornet is not considered aggressive to humans or pets unless threatened. It is important to be mindful though, as their sting can be more deadly than other hornets.

This is due to the fact that the Asian Giant Hornet’s venom is thought to be two to three times more toxic. Like many other types of hornets, they are able to sting multiple times.

As the Asian Giant Hornet’s preferred diet is the honeybee, it can wreak havoc on the agriculture industry. As these hornets are capable of destroying entire colonies of honeybees with devastating results. This can have an immense impact on the pollination of  crops and plants.

Pest control leader Orkin Canada reminds home owners and business owners to take precautions to help keep rodents out. Cities are ranked by the number of rodent (rat & mice) treatments the company performed from August 1, 2021 through July 31, 2022. This ranking includes both residential and commercial treatments.

As winter approaches, pest control leader Orkin Canada reminds homeowners and business owners to take precautions to help keep rodents out. Cities are ranked by the number of rodent (rat & mice) treatments the company performed from August 1, 2021 through July 31, 2022.