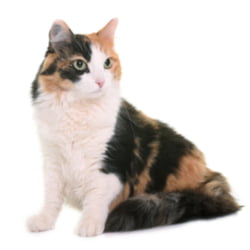 How to identify Feral Cats

As the direct descendants of domesticated cats, feral cats look exactly like any other housecat. They can be of any breed and usually have a similar body shape and size to one another. Most species of feral cats can grow up to 75 cm in length and weigh in excess of 5 kg. The size and general appearance of feral cats usually depends on the abundance of food and environment in which they live. Colouration and patterning of the fur as well as hair length varies greatly depending on the breed.

The most common sign of a feral cat infestation is seeing the individual animals or groups of cats together. Due to their timid and fearful nature, feral cats are often difficult to spot otherwise. Missing pet food, knocked-over garbage cans, and the sound of caterwauling can also indicate an infestation.

Homeowners are discouraged from trying to trap feral cats without professional assistance. Though feral cats may not be regarded as wild animals in the strictest of definitions, their behaviour readily mimics that of untamed wildlife. Feral cats will scratch, bite, and claw in order to escape and can readily pass infections to people. The professional wildlife removal services of Orkin Canada can help safely and humanely remove feral cats from the property.

How to prevent Feral Cats from invading

Spay or neuter your pet cats, do not let your cat outside, keep all pet food indoors, cover trash cans with tight-fitting lids, do not feed strange or unfamiliar cats.

Feral cats are found on every continent in the world except Antarctica. They readily adapt to their surroundings and prefer to live in colonies. These colonies can range in size from a few individuals to several dozen cats. Multiple generations of the same family will live together as long as there is an abundant food source nearby. Feral cats can be found in urban, suburban and rural areas throughout Canada.

Cats are carnivorous creatures that regularly hunt for their food. Rodents, birds, fish, and even insects make up a typical cat’s diet in the wild. Feral cats can also subsist on garbage, unattended pet food, and even roadkill.

The root of the feral cat problem comes from the animal’s propensity to breed. Cats can produce several litters each year. Feral cats are sexually mature by six months of age and can have anywhere from a single kitten to as many as 12, multiple times a year. The average lifespan of a feral cat is only a couple of years. Most don’t live to see adulthood due to predation, disease, and malnutrition.

Why do I have feral cats?

Feral cats are the offspring of house cats, but for whatever reason, have had no contact with humans. Often confused with stray cats, a feral cat has never actually belonged to a person or had any socialization with people.

They prefer to live in colonies, ranging from a few individuals to several dozen feral cats. Multiple generations of the same family will live together if there is a food source nearby.

How worried should I be about feral cats?

Feral cats reproduce rapidly, producing a litter of up to 12 kittens several times in a year, and can become pests due to their sheer numbers, which can have a serious impact on local bird populations.

These pests can also spread parasites, like tapeworms and roundworms, and serious diseases such as rabies and toxoplasmosis, to humans and pets.

Feral cats are fearful and will not adapt to living with humans. They will scratch, bite, and claw humans in order to escape, so it is advisable to leave the safe and humane removal of feral cats to professional pest control services.

Other pests related to Feral Cats