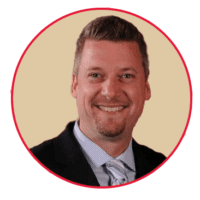 Having studied Environmental Biology and Computer Science, Bernard started his career working at Woolco and then in a management position within the Wal-Mart organisation.  After transferring to Levis to open a new Wal-Mart store, Bernard returned to Montreal to work as a sales representative with Floral Charbonneau in Laval.  Three years later, Bernie joined STS systems, a computer software company selling to the retail industry.

Starting in customer service, Bernard quickly moved into an account manager role dealing with customers such as Nike and Danier Leather.  Having enjoyed many years of success in this role, Bernard was promoted to the Director of Account Managers for the Eastern Coast of North America within the same software company now called Epicor.  After 13 years with STS /Epicor Bernard accepted a role as the General Manager of Cannon Services in Montreal in order to be closer to his young children.  At Cannon Services, Bernie managed the sales and operations for the Montreal office for clients requiring hygiene and pest control services. He is an asset to the Orkin Canada team who can be relied on to provide reliability and efficiency in his current role as Regional Manager for Eastern Canada.

Bernard leads by example, ensuring that his team can count on him to maintain professionalism and courtesy within branches across Eastern Canada.

Fortify your business with industry-leading pest management and expertise

When you see a pest, you need service right away. Orkin Canada will respond to your request within 24 hours.

If you are not completely satisfied with a regularly scheduled treatment, we will re-treat the area, or refund your last monthly payment.

If your company is fined by a regulatory agency due solely to a pest infestation, Orkin Canada will reimburse you for up to 6 months of service.*
*Your account must be current, under contract for more than 60 days, and you must be compliant with sanitation and structural requests as noted in Orkin Canada's service reports.

What our customers have to say

Our technician is awesome. Thanks for making the transition easy. Love the metrics and transparency of the program.

Our technician was very informative and took the time to explain the problem I was having with rodents and how they react to Orkin's product. His personal care made my situation so much easier.

Our representative is very informative and quickly goes about his work. I am very pleased with his explanation for placing bait stations where he did and so on. Sometimes it is hot and he carries right on with what he has to do. It is a nasty job.

I've been a customer for almost 7 years and Orkin have never been disappointed.

The service manager is great as he has pointed out lots of things I need to do to prevent mice from coming into the building. He is very knowledgeable and knows what he is talking about.

Our business requested additional services and the management visited our site to ensure the proper help was given, and was very helpful.

Our technician is professional and prompt. I appreciate that you seem to limit unnecessary use of pesticides and take precautions to limit my family's exposure.

The service was great. Fast, friendly and efficient. After spraying my inside baseboards there was just a faint, pleasant smell when I returned after 4 hours. No ants in sight now. Thank you!

Our technician was awesome. He took his time and did a great job, and answered any questions we had. He was very professional and knowledgable.

Timely response time, courteousness, professionalism. Appointments easy to book and fit in with our schedule.

Your guys are very courteous, knowledgable and the rate is comparable to others. Service is fast, efficient.

Very respectful service. Will go the extra mile to ensure everything is handled. Thank you so much for all your help.

Our technician is attentive, kind, honest and hardworking. We are pleased to have Orkin to help us with pest control. Thanks!

The technician who did the inspection is very well qualified, friendly, approachable, and professional. Seeing him work is a pleasure. Thanks!

I like that you come monthly and it is your scheduled visit. I don't have to remember to call! I appreciate getting the email after your visit, so I know what is going on on the outside of my place.

We have been loyal customers for over 20 years and couldn't imagine being without the great services offered by Orkin. Being severely allergic to stinging insect bites, I trust only Orkin with our home, and personal safety.

My technician was careful, detailed with his work and very pleasant. He was not afraid to climb my difficult property and make extra effort to ensure he had found all of the bait stations. Excellent job, thank you.

Our technician was excellent. Courteous, on time, and thorough. He takes his job seriously and tackles the job as if our home were his own. I would recommend him to friends & neighbours without hesitation.

Orkin Canada's passion for pest control shows in everything our team does. Every member of staff receives expert training to succeed in our roles and to deliver the best service to our clients.

Orkin has given me endless opportunities to grow both professionally and personally. I feel not just apart of a team but also a part of a family.

I have worked at Orkin Canada for almost 19 years and have never considered working anywhere else. There are substantial opportunities for advancement for anyone desiring to challenge themselves and both local and national support to complete a job.

As a Customer Service Representative, I enjoy providing peace of mind for our customers and solving problems. Orkin also offers excellent training and advancement opportunities for all employees.

Orkin is a great place to start and grow your career. I have personally held positions, from technician to management positions, and have enjoyed every step of my journey.

Remove pests from your business, and stop them from coming back

We work hard to listen, understand and assess your unique situation. Request a free, no-obligation consultation today for a customized pest program that fits your needs.