The Average Lifespan Of A Raccoon

Home / The Orkin Blog / The Average Lifespan Of A Raccoon 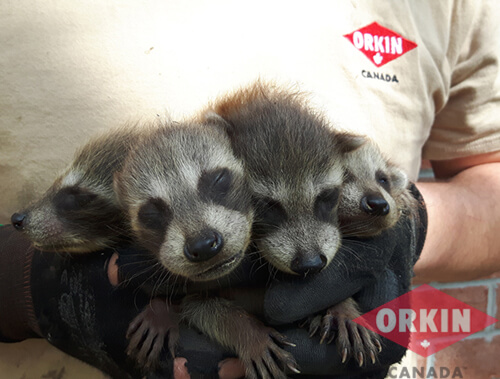 How Long Do Raccoons Live?

Raccoons usually mate between February and March. Gestation lasts about two months, and females produce a single litter with two to seven kits. Babies are born without vision, teeth, or fur patterns. These traits develop within a few weeks after birth. The average lifespan of a raccoon in the wild is about five years, but with abundant food and shelter they’re able to survive well past a decade. However, it has been estimated that 50 percent of raccoons die within their first year due to disease, starvation, predators, or human intervention.

When Do Squirrels Have Babies?

Grey squirrels have two breeding periods per year, one in mid-summer and another in early spring.

What Diseases Can Squirrels Transmit To Humans?

Squirrels are known to carry numerous diseases, though only a few are dangerous to humans.

Are Rabbit Droppings Harmful To Humans?

Rabbits produce two different types of solid waste, but only one is commonly seen outside of a nest.

What Do Groundhogs Eat?

Ever wonder “What do groundhogs eat?” Knowing what they eat can help with control and prevention. Read on to learn about common groundhog feeding habits.